A new generation of Greasers are getting an adrenaline rush at Windsor Secondary – while breaking stereotypes.  Student Kaitlyn Clark grips the steering wheel of the white 1980 Camaro Z28, one hand on the shifter, anxiously anticipating the green light. At the first flash of green, it’s pedal to the metal for Clark as she takes off down the quarter-mile dragstrip at Mission Raceway Park.

The automotive program at Windsor has always included female students, but last school year saw a shift in the school’s drag racing club: no male drivers. The purpose of the club is to give students a real application of the skills they are learning in the auto program, explains Windsor automotive teacher Stephen Lonsbrough. 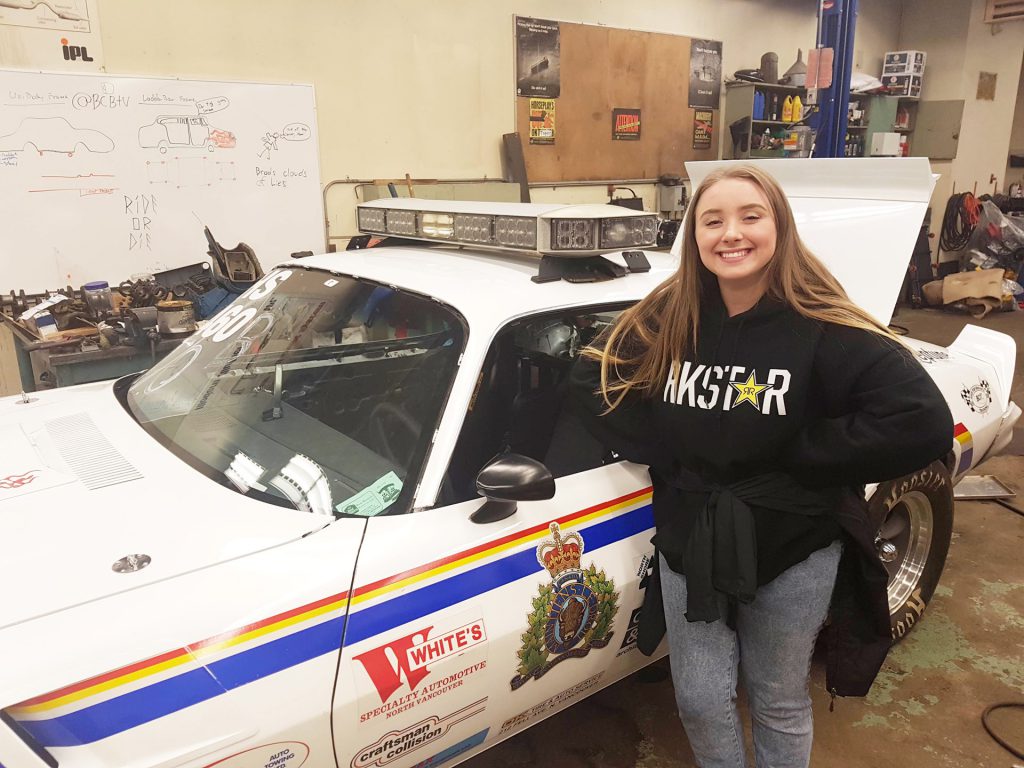 Windsor student Julia Sikich has signed up for another season of drag racing.

“The responsibility of maintaining a vehicle, the safety aspects of driving, and the camaraderie of being part of a large project that spans the province,” says Mr. Lonsbrough.

Windsor’s drag race club is associated with the British Columbia Secondary Schools Motorsport Association, which has been running since the early 1990s. The racing season starts in mid-April and goes until the end of June, with a test-and-tune day in September. The energy among the fledgling mechanics and drivers at Mission Raceway is unmatched, according to Mr. Lonsbrough. Windsor’s speed record is 13.23 seconds at 103.35 m.p.h., set by former student Tai Lund-Phillips.

“I love the reactions that the students have when they see the car going down the track. Or when a professional driver takes his 1,000-plus horsepower car down the track in six seconds. It is always a great day, even when we have problems,” says Mr. Lonsbrough, who got on board with the high school racing association in the late 1990s, when he was teaching at Carson Graham.

“I was interested in going racing and a small group of dedicated students were eager to go, so the club was official,” recalls Mr. Lonsbrough. “The Carson club ran for about nine years, with two different cars that were built in the auto shop.”

In 2010, when Mr. Lonsbrough moved to Windsor – the 1981 Chevy Malibu and 1980 Camaro followed him to the Seymour area, and piqued interest among those students. The decision was made to sell the Malibu to raise money for the club and conserve space in the shop. By 2017, the club was re-energized and students were ready to race the RCMP Camaro they helped modify.

As Mr. Lonsbrough explains, the RCMP got involved early on with this project, as a way to convey an important message: racing has its place on the track – not the streets. The wheels, tires and seats were also donated by the RCMP. The Camaro is parked at North Van high schools on occasion, in partnership with the RCMP and ICBC’s Road Safety team, to raise awareness about the impact of speeding.

Windsor parents have also shown a keen interest in the automotive program, by driving students to the track and donating a battery booster pack, fuel and use of a trailer to the club. A recent $500 donation from Neptune Terminals helped the club finish the installation of the Camaro’s new fuel system. The dragster’s trunk is now equipped with a fuel cell – a smaller and lighter tank that holds about eight gallons. “Less weight means faster time,” says Mr. Lonsbrough. 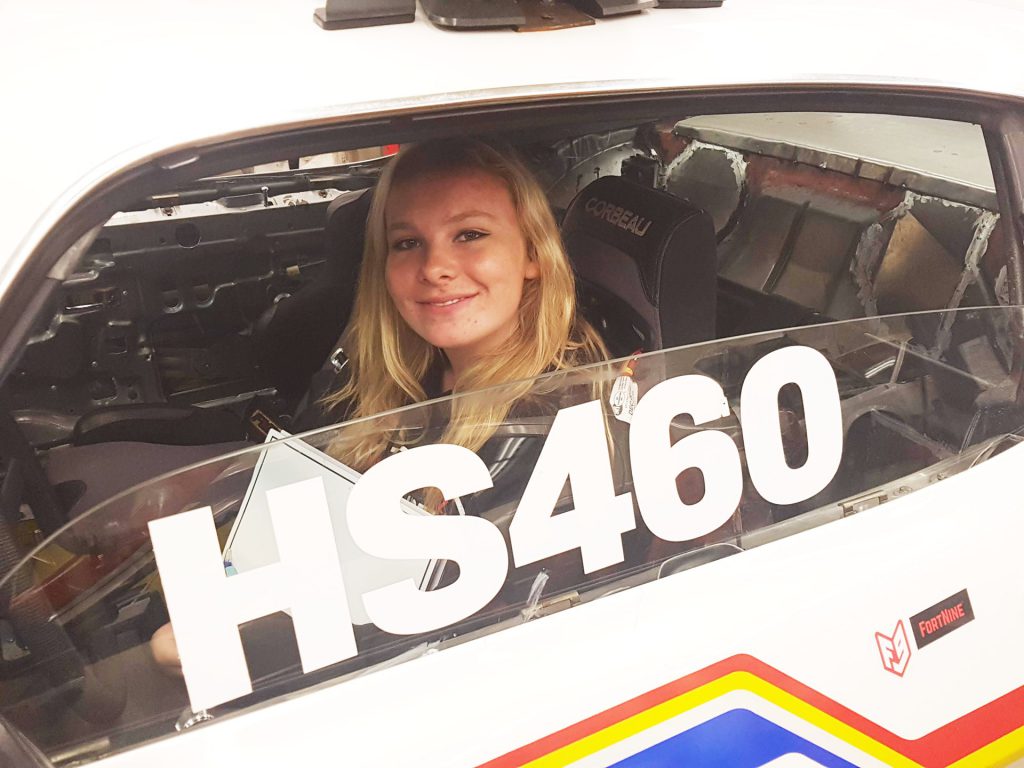 Former Windsor drag racer Kaitlyn Clark behind the wheel of the Camaro.

Kaitlyn Clark graduated from the program this past June and is now at BCIT studying heavy duty mechanics. She plans to come back to Windsor soon to mentor the automotive students.

Any parents interested in learning more about the club, or donating time, supplies, or use of a truck with towing capacity (they are always in need), can contact Mr. Lonsbrough at slonsbrough@sd44.ca. Any student can be part of the drag race club, which meets at lunchtime starting in February.

Content in this story has been reproduced with permission from SD44 (North Vancouver). The original story can be found here.