[Vancouver, BC – September 26 2019] An updated agreement between the Union of BC Municipalities (UBCM) and the BC School Trustees Association (BCSTA) was signed at UBCM’s annual convention in Vancouver today. The protocol outlines areas of common interest for both organizations, and commits both parties to a collaborative, cooperative relationship. 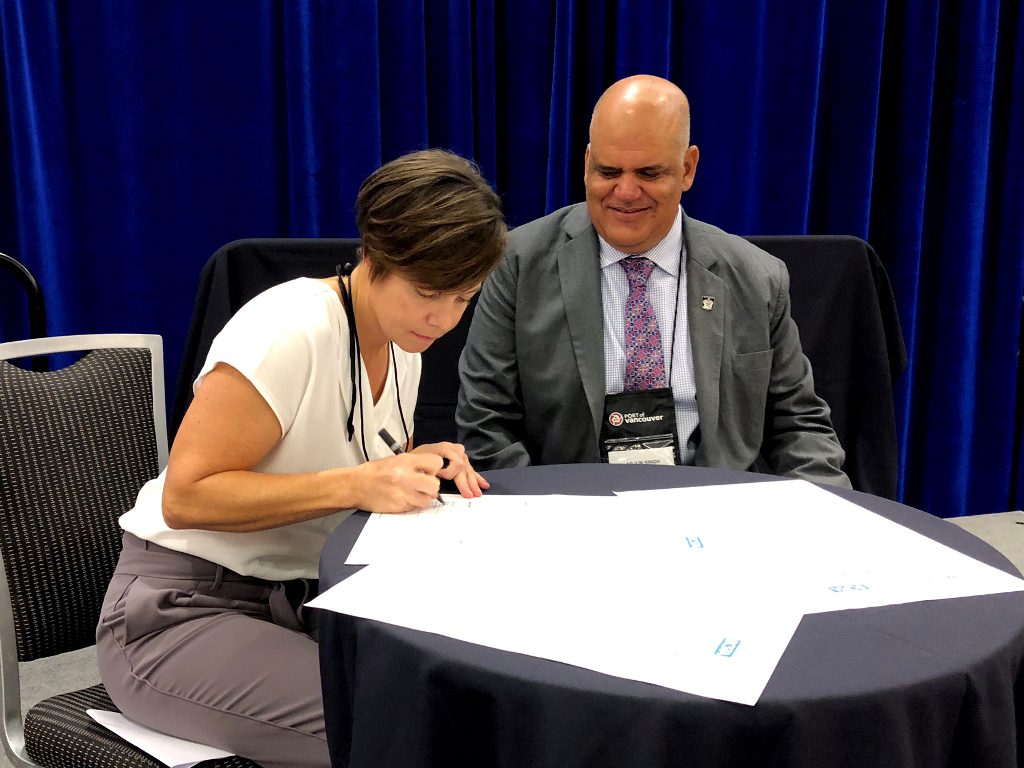 “UBCM is a common voice for local governments across BC, making them a natural partnership fit for BCSTA, the united voice of 60 local boards of education in the province,” said BCSTA President Stephanie Higginson. “By working together, sharing our resources in areas that benefit both levels of government, we have the opportunity to build the communities our constituents want and deserve. Boards of education look forward to working constructively with their local governments to build better communities together.”

“BCSTA and UBCM members have many shared interests in delivering their mandates,” said Councillor Arjun Singh, UBCM President. “By working together with mutual respect and in a spirit of collaboration we can better serve our respective constituencies.”

The first cooperation agreement between BCSTA and UBCM was signed in 2001. The agreement is intended to be flexible, allowing updates by mutual agreement as new priorities emerge.

“Local governments and school districts are on the front lines, providing services and managing concerns for residents. Like the UBCM, BCSTA represents members both large and small, urban and rural. We understand the importance of promoting local interests province-wide,” said Higginson.

The new agreement will strengthen BCSTA’s relationship with UBCM in the pursuit of improving learning outcomes for all of BC’s students.