A new study based on a survey of 140 BC trustees reveals that they often turn to local information sources available in their communities when making decisions.

The study by Daniel Laitsch (Simon Fraser University) and Christine Ho Younghusband (the University of Northern British Columbia) focused on identifying information sources that British Columbia’s trustees use in the process of decision-making.

Trustees put a heavy focus on local information sources, the study highlights, underlining the value of responsive local governments. The British Columbia School Trustees Association (BCSTA) believes that communities are best served by locally elected boards of education, and the data in this study suggests that local education boards do, in fact, prioritize local needs and feedback from their community when responding to local concerns.

The data compiled by Laitsch and Ho Younghusband shows that trustees rely most heavily on briefing materials from the secretary-treasurer and superintendent, other trustees and input from community members when making decisions. 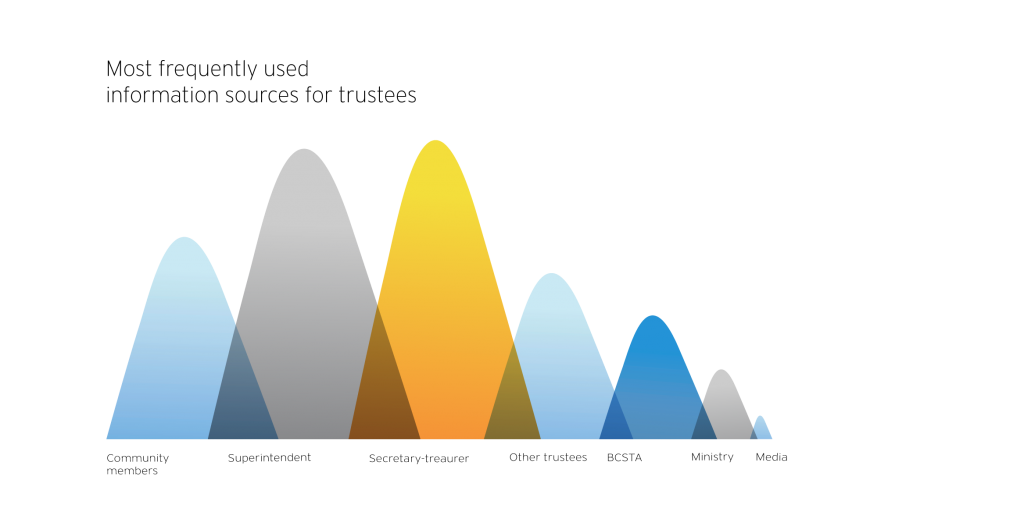 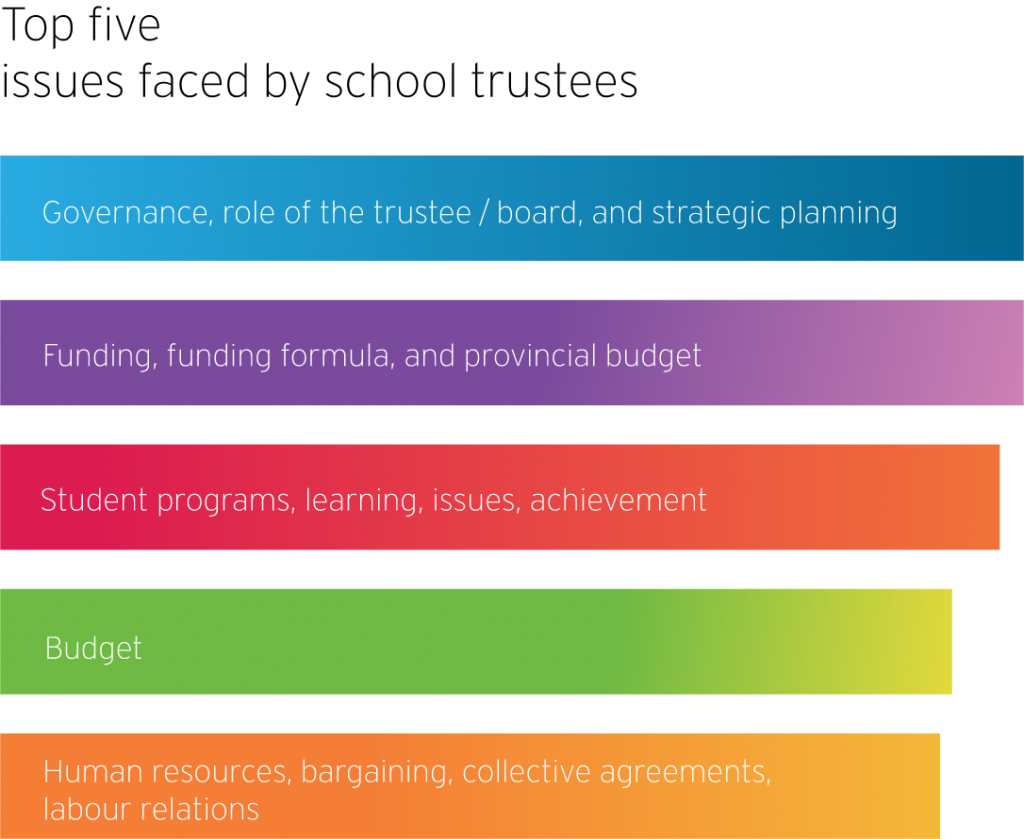 Trustees in BC are part of a dynamic community: the majority of trustees have served 10 years or less in their communities, with 32 per cent serving less than two years.

A valuable takeaway for all trustees is to strive for balance when considering what information is used in decision-making. The study also recommends that researchers establish relationships with local education policymakers and leaders, as well as tailor their research to local context, in order to maximize uptake in communities.